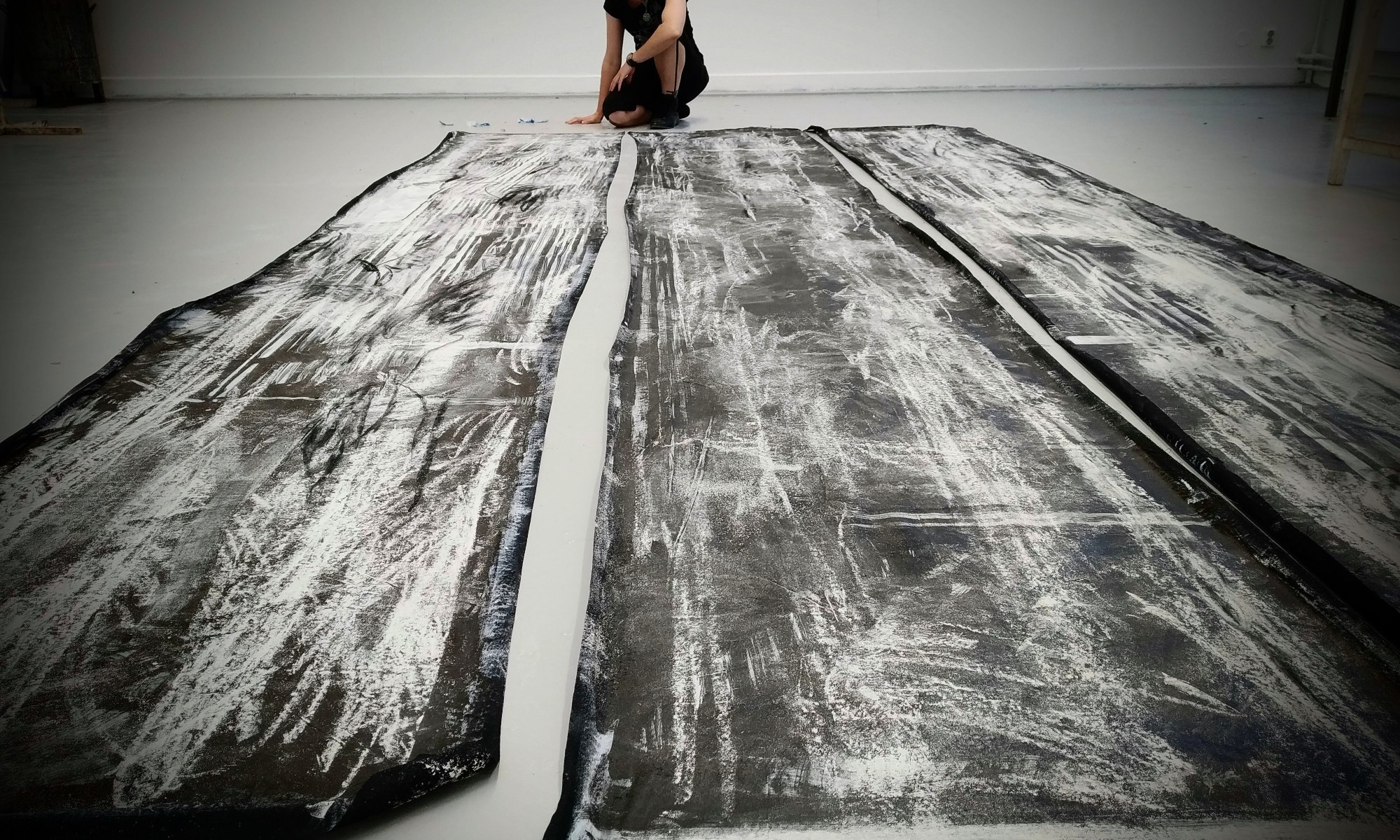 The project entitled SPATIAL ABSENCE EXPANDING is a site-specific installation situated in Igelbäckens naturreservat. The large scale work is placed as a part of the remaining construction-fragment of Krutbanan  ̶ the railway, which was built between 1940 and 1941 for transporting explosive materials to and from the ammunition factory in Ursvik. In the 1980s, most of its elements (electric poles and rails) were demolished. Due to its military purpose, Krutbanan was never drawn on any maps.
SPATIAL ABSENCE EXPANDINIG is inspired by the Krutbanan’s remains in particular, and by the phenomena of appearance and disappearance of a specific place in general, its abandonment and endurance, the energy of the remnants and the dynamics of something non-existing. 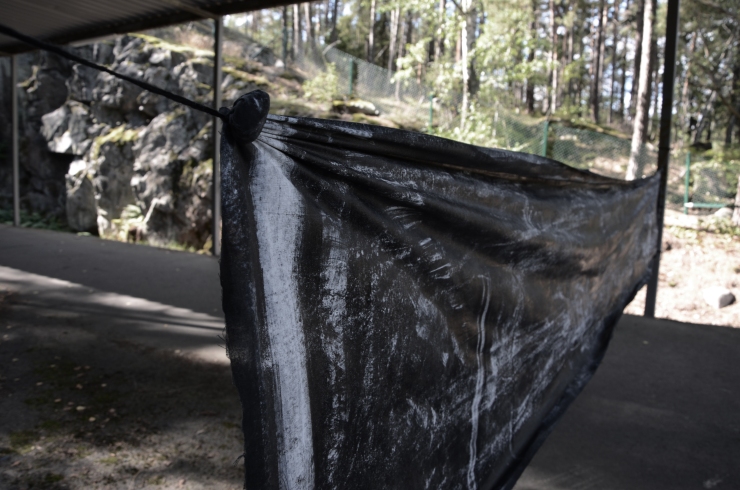 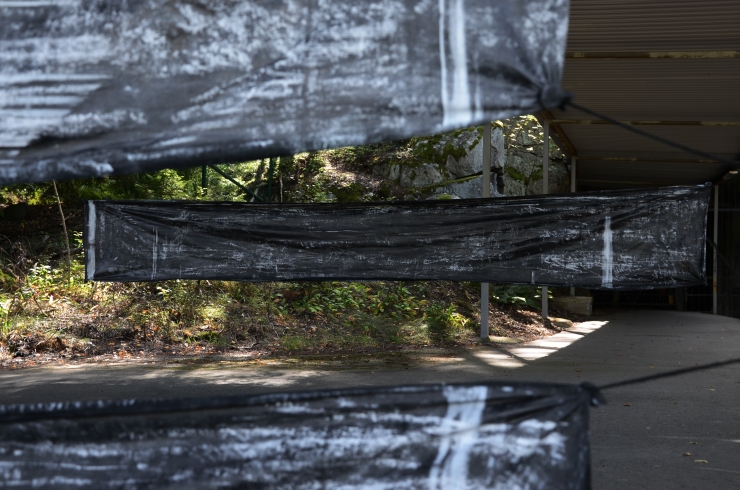